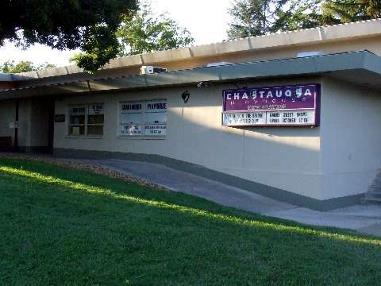 
The Chautauqua Players were formed in 1975, by Rodger Hoopman. The name of the company came from the traveling Chautauqua shows that toured the country in tents in the early part of the 20th century. A revival tent had been offered to the company as a potential performing space in the summer of 1975. After one attempt at setting up the tent and the myriad problems involved (eight hours of work, putting the top on upside down and returning the next day to find the tent collapsed), the tent idea collapsed as well.

In the fall of 1975, the Chautauqua Players produced their first show, DR. JEKYLL AND MR. HYDE, in the Old Eagle Theatre in Old Sacramento, and its success led to production of a Sherlock Holmes drama. The financial success of the two productions led Hoopman to a partnership with Gene Morrow and Eric Ericson and the pursuit of their own performing space.

The original 65-seat Chautauqua Playhouse opened at 25th and R Streets in downtown Sacramento in April of 1976. On the 12’x20’ stage in the former warehouse, the company produced mysteries, Moliere comedies, and contemporary comedies and dramas to critical and audience acclaim. Over the next several years, as the repertory became more contemporary, Morrow and Ericson left the partnership and new partner Charles Slater enabled the Playhouse to expand to 135 seats and a larger stage in 1980.

Establishing an active children’s theatre program under the direction of Guy Beck (and later under Lisa Krause), and an ever-widening variety of evening performances, the company continued in the facility until an arsonist burned the theatre to the ground in October of 1983. Refusing to give in to adversity, the players reopened the production of MINNIE’S BOYS the following weekend at the theatre in the YWCA building and completed the run.

With the close of that production, the company focused on finding a new facility. In the interim period, several shows were produced at the Old Eagle Theatre, Sierra 2 and Eaglet Theatre’s Stage 2.

With the help of the theatre community, the use of theatre patron Bill Wahl’s home as office space, and donations from the community, and after several failed attempts to keep the company downtown, the group, now a non-profit organization, opened in the La Sierra Community Center in April of 1985.

With the support of the Carmichael Recreation and Parks District and the theatre’s new board of directors, the Chautauqua Playhouse opened its first full season in September of 1985 with Rodger Hoopman as producer and Bill Rogers, instrumental in the transition, as general manager.

Since that first season, Chautauqua has produced a season of six plays per season (running from September through May) plus a six-show children’s theatre season under the direction of Marie Raymond. There is also a children’s theatre workshop in voice, drama and dance conducted in Spring, Fall and Summer sessions. Classes are on Wednesday and Thursday afternoons.

Bill Rogers left the theatre in June 2004, to move to South Carolina and Rodger Hoopman assumed the position of Producer/Artistic Director. After years of involvement as an actor and director, Warren Harrison joined the organization as co-producer in January of 2007.

Season subscribers and the theatre-going community enjoy a variety of new and traditional comedies, dramas, original plays and musical reviews, with a wide range of ethnic and cultural appeal. The group has been hailed by the Sacramento Bee as “one of the area's most consistent companies.” 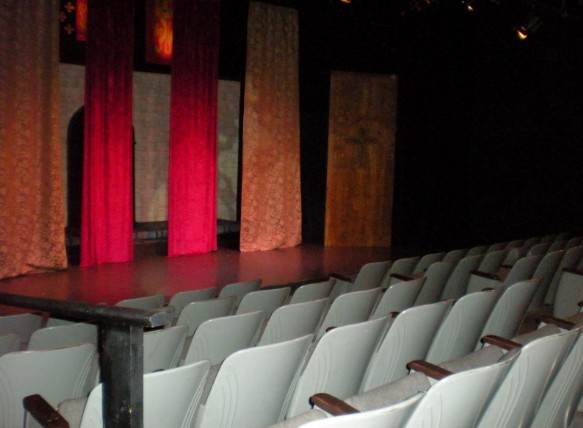